The African Trade Policy Centre (ATPC) was established in June 2003. The Centre, based within the ECA Headquarters in Addis Ababa, was initially set-up with the financial support of the Canadian Government through the Canada Fund for Africa. The Centre has also received support from UNDP and the Government of Denmark.

The main objective of the Centre since its establishment has been to strengthen the human and institutional capacities of African Governments to formulate and implement sound trade policies and participate more effectively in trade negotiations at the bilateral, regional and multilateral levels. This is also to be supported and facilitated by the involvement of other relevant stakeholders such as the private sector, civil society, and academia in research, training, information dissemination and advisory services to build consensus and achieve inclusive outcomes.

ECA through ATPC continues to analyze trade-related issues through the lenses of the on-going Africa’s integration and transformation agenda, which essentially aims at attaining the following inter-related objectives:  (a) achieving sustainable and inclusive growth through structural transformation, (b) strengthening Africa’s role in the global trade arena, and (c) promoting regional integration, in the spirit of collective development.

In this perspective, ATPC still focuses on providing evidence-based analysis of the extent to which Africa’s export expansion has been accompanied by improvements in diversification, of the key obstacles faced by African countries in this regard, and of the policies that should be put in place to better leverage emerging opportunities. ATPC also focuses on disentangling the synergies and complementarities across Africa’s potential partnerships - at the global, regional and South-South level – shedding light on how regional integration and the “rise of the South” could be instrumental for Africa’s development objective.

In an increasingly globalized market, connecting to regional and global value chains (RVCs and GVCs respectively) is proving more and more critical to fully exploit learning by doing and economies of scale. This, in turn, is essential to stand a chance to compete globally, foster innovation, and penetrate new markets. In this perspective, connecting to GVC can prove of paramount importance in order to advance the transformative agenda Africa has embarked on.  Against this background, ATPC is playing a leading role in highlighting the obstacles that hamper a larger participation of African firms to GVCs and RVCs, and identifying the most promising entry points for Africa to connect to GVCs.

Some of the results achieved by ATPC thus far include:

Africa's continued development challenge and its desire to benefit from increased trade opportunities underscores the need for focused and continued efforts to support these aspirations. African countries are undertaking efforts to participate in global and regional trade negotiations to ensure that the trade rules adopted promote development and support their aspirations to increase their global market share. There is the recognition that regional integration and domestic action to build productive capacities are critical to success. The international community has provided support for Africa's efforts in this vital area including through ATPC. 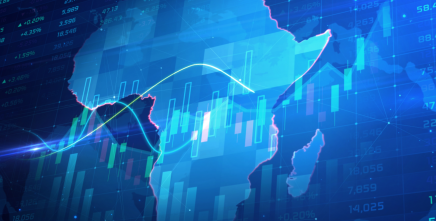 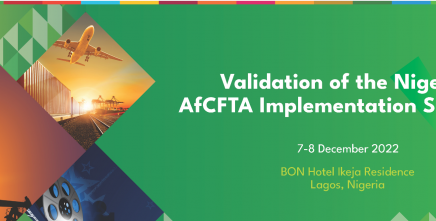 View More Stories
Women entrepreneurs and youth information sharing on AFCFTA and the protocol on... 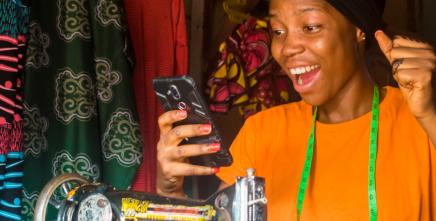 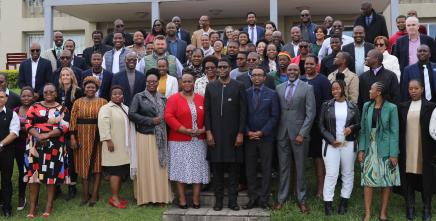 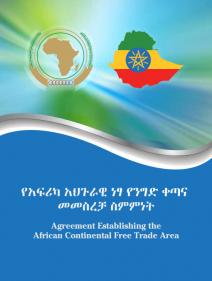 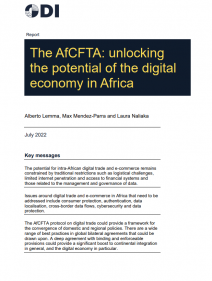 The AFCFTA: unlocking the potential of the digital economy i...
The African Continental Free Trade Area (AfCFTA) constitutes a critical tool to achieve the... 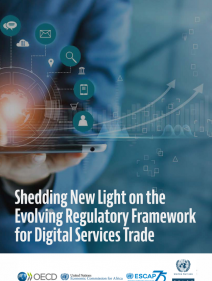 Shedding new light on the evolving regulatory framework for...
Trade is an essential vehicle to enable digital transformation, which relies heavily on access to...
View More Publications

Opinion: There are none so blind as those who will not see 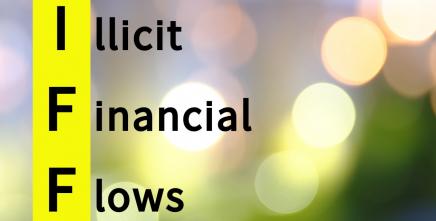