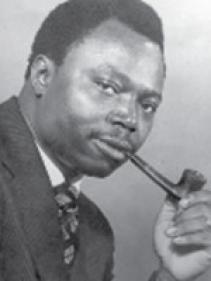 Professor Adebayo Adedeji is from Nigeria. He was the Under- Secretary-General and Executive Secretary of the United Nations Economic Commission for Africa (ECA) from 1975 to 1991.  As an African leader and an unrepentant believer in African integration and development who has had a singularly distinguished academic, political and diplomatic career in service to Africa.

Mr. Adebayo Adedeji joined the Government of the Federal Republic of Nigeria in the early 1970’s as the Cabinet Minister responsible for the economic development and reconstruction of post-civil war. During this decade, his proactive role in the establishment of the ECOWAS was strongly welcomed by his peers, who still refer to him as “le Père de la CEDEAO” (the Father of ECOWAS).

In June 1975, Professor Adedeji joined the ECA and was promoted to the rank of United Nations Under-Secretary- General in 1978. He held this position until July 1991 when he resigned his appointment to return to this native country, Nigeria, after 16 years of international service.

Under his leadership, the ECA tackled the challenges of a new international economic order to Africa and adopted landmark policies such as the Lagos Plan of Action. Prof Adedeji worked to correct the adverse impacts of SAPs on African economies, offering an alternative - AAF-SAP. He led the establishment of the RECs, beginning with ECOWAS in 1975; drew up the African Charter for Popular Participation, and pushed for the proclamation of UNCTADA I by the UN General Assembly.

Immediately after his resignation from the United Nations, Professor Adedeji established the African Centre for Development and Strategic Studies (ACDESS). Born out of the need to fill the void in strategic thinking in Africa, ACDESS «raison d’être» is to provide and promote options for overcoming the multi-layered marginalization of the vast majority of African peoples – be it within local communities, within nation-states or within the global economic and political system. Professor Adedeji created in ACDESS, a viable and sustainable centre for future studies, and he continued to dedicate himself to the struggle for an Africa which is an integral part and a fully respected partner of the world community.

In the mid 2000’s, before retiring, his last major contributions for Africa were reflected through his role as founding member of the 2005 Africa Forum of Former Heads of State and Heads of International Organizations and through his role as Chairperson of the African Peer Review Mechanism’s Panel of Eminent Persons (APRM).

Adebayo was born in 1930 and raised in Nigeria. He graduated from both London (B.Sc and Ph.D in Economics) and Harvard Universities (M.P.A.).