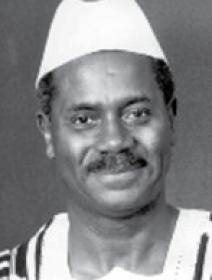 Mr. Issa Ben Yacine Diallo is a national of Guinea-Conakry. He was the Under- Secretary-General and Executive Secretary of the United Nations Economic Commission for Africa (ECA) from 1991 to 1992.

Mr. Issa Diallo is a political economist and a career diplomat. Before joining the ECA, Mr. Diallo was the Special Assistant to the Secretary-General, Perez de Cuellar, since 1986. He had joined the Executive Office of the Secretary General in 1982, as Principal Officer, and served as Director in the same office from 1985 to 1986.

Prior to that, Mr Issa Ben Yacine Diallo was Assistant Director of Training at the United Nations Institute for Training and Research (UNITAR). From 1963 to 1968, he was Deputy-General in the Economic and Technical Cooperation Division in the Ministry of Foreign Affairs of Guinea.

In 1991, he was appointed ECA Executive Secretary for a transition period of one year, during which he launched UNTACDA II as envisaged in the Abuja Treaty establishing the African Economic Community.