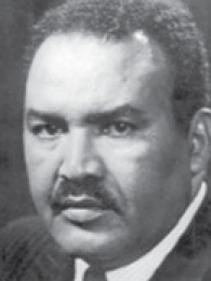 Mr. Mekki Abbas was born in Sudan. He was the first Under- Secretary-General and Executive Secretary of the United Nations Economic Commission for Africa (ECA) from 1959 to 1961.

Prior to that, he was Managing Director of the Gezira Scheme, a million-acre development project operated on behalf of the government of the Sudan, from 1955 to 1958. In earlier years he had been active in his country’s constitutional development and in the educational field.

In 1943, he was given a grant by Rhodes Trustees and went to Oxford to do postgraduate research, following which he received the Degree of Bachelor of Letters. His thesis on «The Anglo-Egyptian Dispute over the Sudan and its effects on the Constitutional and Political Developments in that Country», was later published under the title of «The Sudan Question».

Prior to joining the ECA, Mr Mekki Abbas was appointed to the Board of Directors of the Sudan Gezira in 1950 and was responsible for the social development aspect. In April 1955 he was appointed Managing Director and held that post until United Nations Secretary-General Dag Hammarskjold appointed him as Executive Secretary of ECA, on 5 August 1958.

Under his leadership, ECA promoted statistics for African development and initiated the idea of establishing Sub Regional Offices (SROs) for enhanced service delivery in all sub regions. His service at ECA was cut short by his appointment as the Secretary General’s Representative to the Congo.